The Permanent Mission of Thailand to the United Nations in New York together with the Royal Thai Consulate-General in New York organised a ceremony on the occasion of King Chulalongkorn the Great Memorial Day, 23 October 2020, at Wat Buddha Thai Thavorn Vanaram, New York.

H.E. Mr. Vitavas Srivihok, Ambassador and Permanent Representative of Thailand to the United Nations, New York, presided over the merit-making and wreath-laying ceremony to pay homage to King Chulalongkorn the Great (Rama V). Joining Ambassador Srivihok at the ceremony were H.E. Mr. Fabio Chinda, Consul-General of Thailand in New York, officers, and staff members of the Permanent Mission, the Consul-General and Team Thailand in New York.

King Chulalongkorn the Great, the fifth monarch under the current House of Chakri, was loved and revered by the Thai people for his numerous contributions to social and economic development of Thailand. Major reforms were implemented in various areas during his reign, including governmental and social affairs, financial and educational systems, Slave Liberation Act, as well as infrastructure development. All these reforms, initiatives and far-sighted policies have contributed to the modernisation of Thailand and preserved the country’s independence from colonialism until the present day. 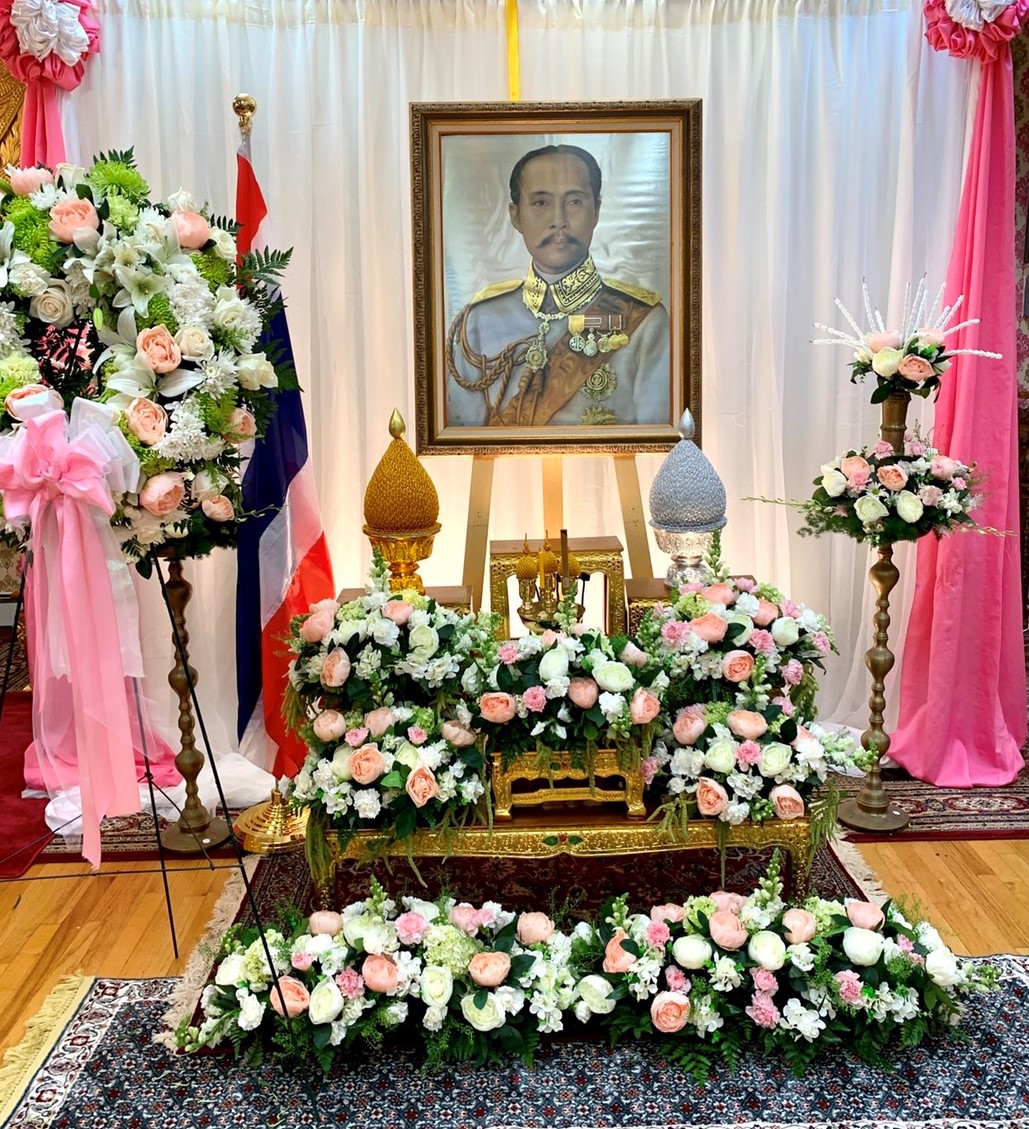 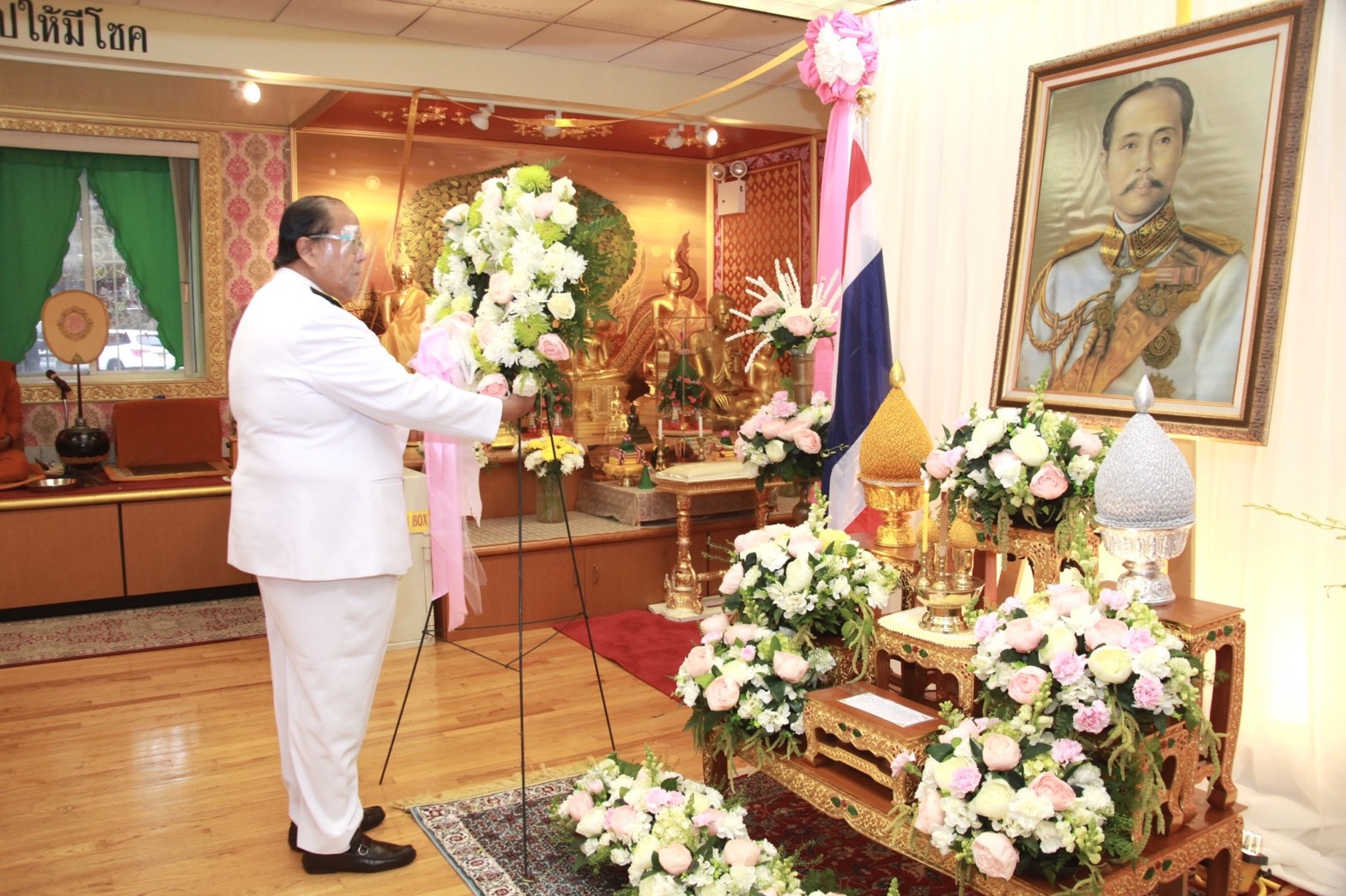 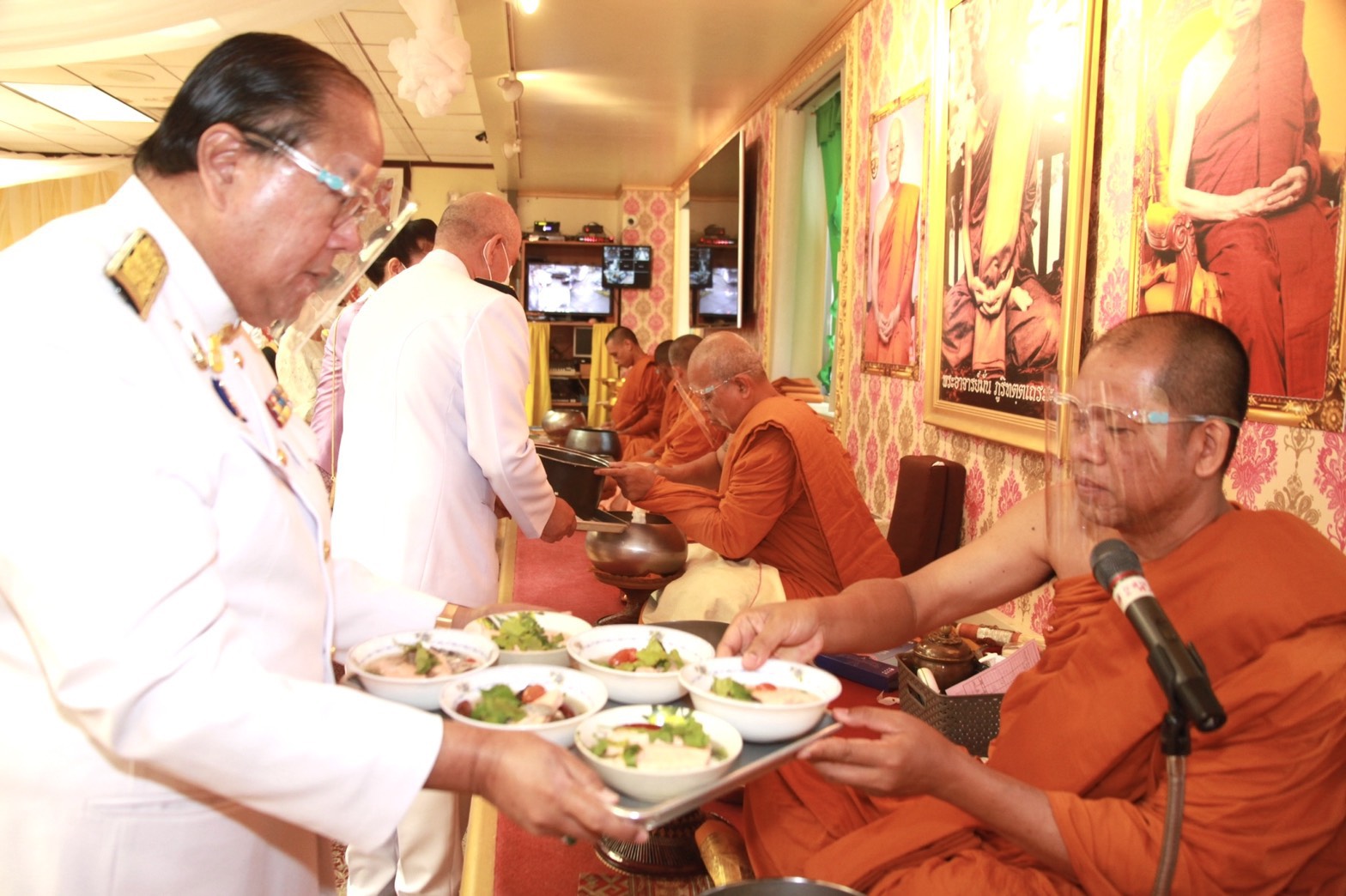 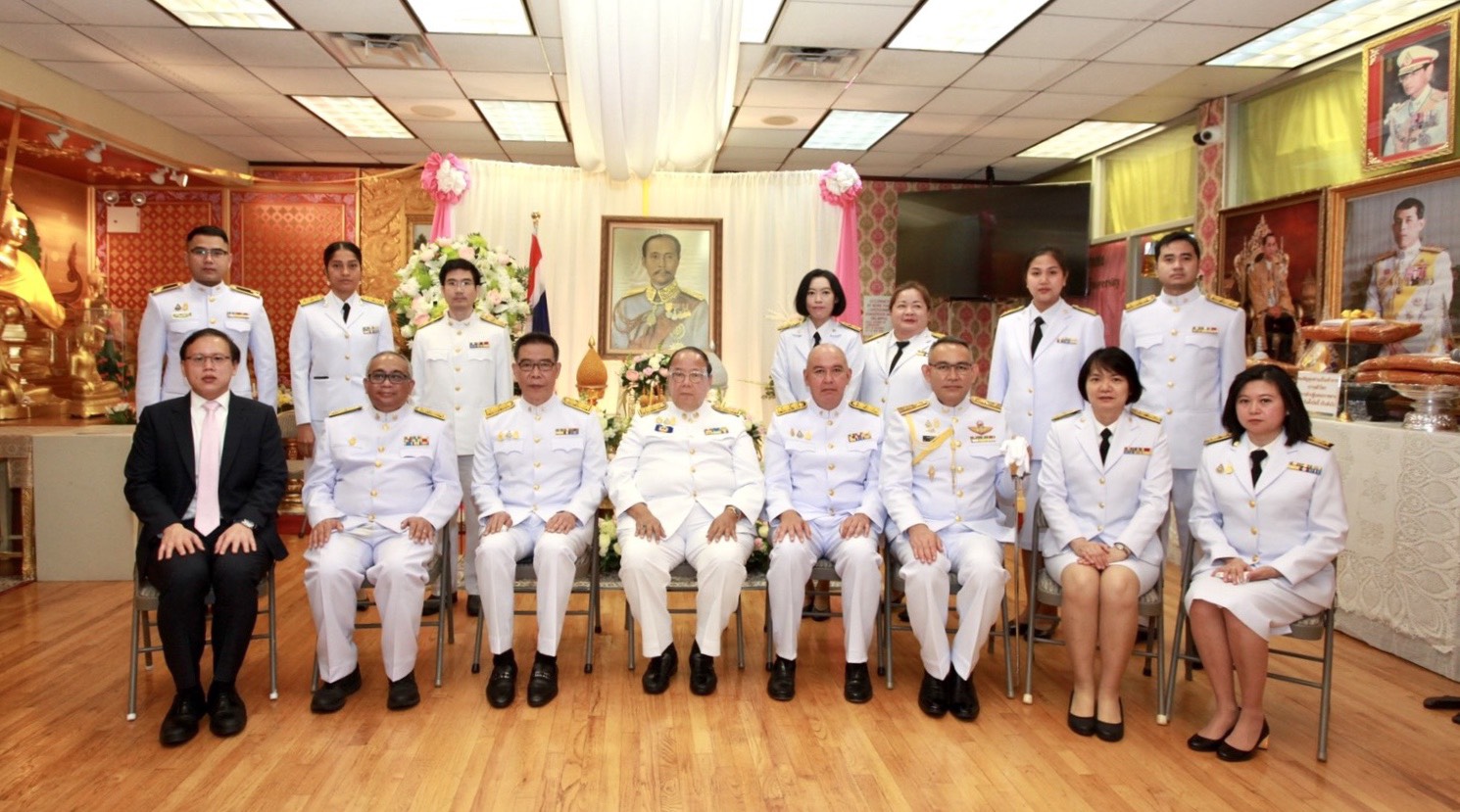